“The Oprah Effect” Catapults The Four Agreements Back Onto Bestseller Lists 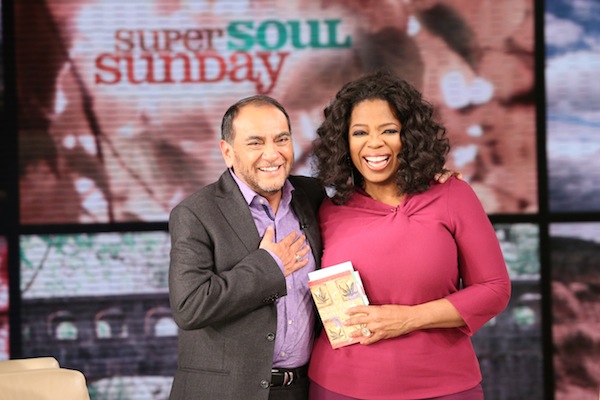 Oprah Winfrey, Americas’ beloved talk show host, producer, and philanthropist has been a tastemaker since the mid-80s when she found her way into hearts and homes by way of television screens across the nation. Over the last three decades, she has become one of the most influential women in the world. It comes as no surprise that when Oprah endorses a product, sales start booming. She has built her brand on empathy and candor and the public trusts her judgment.  While “The Oprah Winfrey Show” was on the air, Oprah introduced an oft-unseen side of celebrities, and even created a few when she thrust heretofore little known talent into the national spotlight.

She was particularly well-known for her direct interview style and her literary acumen. When Oprah recommended a book, America read it. Consider  Ken Follett, Jeffrey Eugenides, and who can forget James Frey — all easily recognizable names that have topped the bestseller lists — and all guests on “The Oprah Winfrey Show.”  A guest spot on her show was the equivalent to winning the lottery for authors and publishers. Oprah made household names of many an author and championed many more throughout her tenure as America’s favorite talk show host.

“The Oprah Winfrey Show” aired its final episode on May 25, 2011, but that was not the end of Winfrey’s reign.  On January 1, 2011 she launched OWN: Oprah Winfrey Network and debuted several new shows, including the Emmy® award-winning series “Super Soul Sunday,” which features in depth conversations with the world’s top authors and thought leaders. To date the series has hosted genre heavyweights Deepak Chopra, Wayne Dyer, Marianne Williamson, Ram Dass, don Miguel Ruiz and will premiere an all-new season this Sunday, September 22 at 11am ET/PT on OWN.

It is via “Super Soul Sunday” that don Miguel Ruiz, author of “The Four Agreements” is making a comeback on national charts. Published in 1997, the international bestseller is no stranger to success. It first earned the number one spot on The New York Times bestseller list in 2001. In the last 15 years, the title has sold over 5.2 million copies and has been translated into 38 languages. But as time passes, the top spot narrows until an author is pushed out to make way for new players with fresh content, much of it cobbled together in response to the changing times. Not often does a book pack as much punch, or have as much staying power as “The Four Agreements.” The same can be said about Oprah Winfrey.

“In 1997 ‘The Four Agreements’ was published; I came to know about it around 2000 or 2001,” says Oprah of the book. She continued, “Ellen DeGeneres was sitting on the show and we were having a conversation, she mentioned it. I loved it so much I featured it in the premiere issue of O Magazine. When I opened my school in South Africa, it is the first book that I gave to my girls as a gift for them. I’ve taught from this book, I’ve shared it with as many people as I know.” (source:  from “Super Soul Sunday” episode ‘Oprah & Don Miguel Ruiz: The Four Agreements’ which aired Sunday, March 3, 2013)

On Sunday, March 3rd of 2013, Oprah hosted don Miguel Ruiz on “Super Soul Sunday,” where they discussed his seminal work “The Four Agreements.” Less than eight hours after the show aired, Ruiz began to see an impact on sales and by 6 p.m. that evening the book was #1 bestseller on Amazon and B&N.  He held the number one spot in both online retailers until 11 p.m. that evening — for a total of five consecutive hours. Ruiz continued to watch as his hardcover book sales rank increased by 695% .

It wasn’t until roughly two weeks after the episode aired that Ruiz, Oprah and Amber-Allen Publishing, Inc. (Ruiz’s publisher) saw the real impact of “Super Soul Sunday.”  But there it was in black and white — after 15 years —“The Four Agreements” was back at the top of the bestseller lists.

No one ever doubted Oprah’s influence, but after the months since the March airing, and the two subsequent re-airings, we now know: blend the brand cache of an iconic figure like Oprah Winfrey with an iconic tomb like “The Four Agreements,” and you have magic on all fronts.

While Oprah isn’t only invested in finding the next big thing, she does consistently bring new talent to the world stage. Oprah’s fans also trust her in part because of her unique ability to pinpoint relevancy — and the beauty of Ruiz’s work is that it will always be relevant. Oprah saw that in 1997 when she first recommended the book to her TV audience and she continues to champion the work today for the same reason. Unlike the hundreds of books that come out each year in response to pop culture or societal issues, “The Four Agreements” is a code of conduct for better living: in it Ruiz “reveals the source of self-limiting beliefs that rob us of joy and create needless suffering.” (source: from ‘The Four Agreements: A Practical Guide to Personal Freedom’ (A Toltec Wisdom Book) by don Miguel Ruiz)

“This is what I know for sure,” Oprah says, “if you just did these four things in your life, your life would change for the better for good.” (source:  from “Super Soul Sunday” episode ‘Oprah & Don Miguel Ruiz: The Four Agreements’ which aired Sunday, March 3, 2013)

It is this book’s timelessness and continued relevancy that has allowed “The Four Agreements” and don Miguel Ruiz to enjoy a renaissance, not unlike the renaissance Oprah is enjoying with OWN.