Assumptions: The Art of Maybe Yes, Maybe No 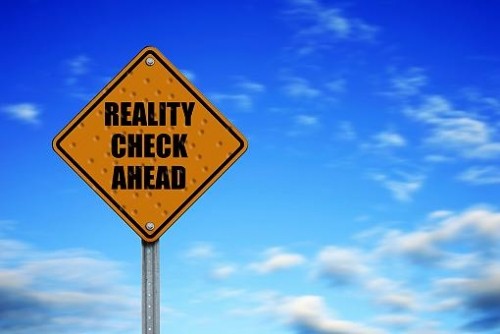 20 Nov Assumptions: The Art of Maybe Yes, Maybe No

Last month my neighbor, Stephen, called me and asked, “Have you talked to the landlord yet?”

Stephen and I live in a mirror-image duplex near downtown Austin; I have the left side, he has the right, and we share one long wall between us and a fabulous landlord.

Our landlord apparently wanted to talk to both of us at the same time. In person.

My mind went into automatic assumption mode. Why would the landlord  want to meet with both of us? He must be selling the property. Or maybe we did something he is unhappy with.  Or perhaps he … Stephen and I talked for a bit about the possibilities, and agreed we would both call the landlord to get more information.

When we got of the phone the first thing I did was take a breathe and tell myself it was time to let go of making assumptions. The truth is I would not know anything at all until I talked to my landlord. All of the trying to figure things out, guessing and wondering was going to get me nowhere.

In my imagination I pressed the “hold” button on my mind’s desire to understand. I knew a likely outcome was that we were going to be asked to move, since our landlord had never asked to see us both together. I refrained from assuming what that would mean, since in fact I still didn’t have all the information.

Whenever I am in a situation where it looks like a “bad” thing is going to happen, I help myself stay in the present by remembering an ancient Chinese parable about a farmer, his horse, and his son.

That is the art of making no assumptions in action. Even saying something is good or something is bad is an assumption, because we do not know the big picture. By not making an assumption about what the outcome will be, we can let go of seeing events as tragedies or victories. The result is we show up fully in the moment, instead of living our lives in what ifs or worrying about worst-case scenarios.

Feel the difference between the following two scenarios.

My friend was promoted to a two-year special project at work. Celebrate! At the end of the project, which went perfectly, she and her entire team was laid off as the company downsized. Tragedy! She received a huge compensation package. Celebrate! She’s having a hard time finding a job and time is running out. Tragedy!

And now try this:

The assumptions of what the “good” and “bad” thing are going to mean to us takes a tremendous amount of energy and often leads to worry and stress. While it is wonderful to celebrate when “good” things happen, we want to be mindful to not make fixed assumptions.

So in my case… My landlord has to raise the rent due to a property tax increase. No assumptions. He gave us 3 months until the rent raise takes affect. No assumptions. I felt into what was best for me (without assuming…) and realized it is the perfect time to move out. A couple of days ago I finished moving into a friend’s house for a couple of months while I do a lot of traveling. No assumptions. I’ll find a new place in Austin later in the year. No assumptions.

While I have a plan, by not making assumptions and holding the attitude of maybe yes, maybe no, I’ve been able to stay fluid and creative and have fun in my move. And when my disaster mind pops up, I can pet it’s little furry head and say, “It is going to be okay, sweetie! Maybe yes, maybe no….”

Take this week let go of labeling things as good or bad. Create a saying for yourself: “maybe yes, maybe no”, or “no assumptions,” or “stay present!” Anything that works for you whenever your mind wants to yell, “This is a tragedy! Here are all the terrible things that might happen!” or when it crows, “This is a victory! Everything is going to be perfect now!” Stay in this moment, and be willing to be curious at what life will bring next. This way you an choose to enjoy every moment.