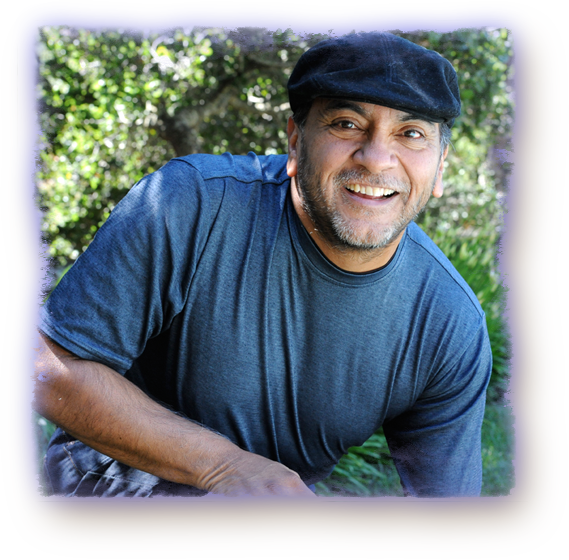 Imagine that you are in a gigantic mall where there are hundreds of movie theaters. You look around to see what’s playing, and you notice a movie that has your name. Amazing! You go inside the theater and it’s empty except for one person. Very quietly, trying not to interrupt, you sit behind that person who doesn’t even notice you; all her attention is on the movie.

You look at the screen, and what a surprise! You recognize every character in the movie — your mother, your father, your brothers and sisters, your beloved, your children, your friends. Then you see the main character of the movie, and it’s you! You are the star of the movie and it’s the story of you. And that person in front of you, well, it’s also you, watching yourself act in the movie. Of course, the main character is just the way you believe you are, and so are all the secondary characters, because, well, you know the story of you. After awhile, you feel a little overwhelmed by everything you just witnessed, and you decide to go to another theater.

In this theater there’s also just one person watching a movie, and she doesn’t even notice when you sit beside her. You start watching the movie, and you recognize all the characters, but now you’re just a secondary character. This is the story of your mother’s life, and she is the one who is watching the movie with all her attention. Then you realize that your mother is not the same person who was in your movie. The way she projects herself is completely different in her movie. It’s the way your mother wants everyone to perceive her. You know that it’s not authentic. She’s just acting. But then you begin to realize that it’s the way she perceives herself, and it’s kind of a shock.

You go to the next theater, and it’s the story of your beloved. Now you can see the way your beloved perceives you, and the character is completely different than the one who was in your movie and the one who was in your mother’s movie. You can see the way he perceives your children, your family, your friends. You can see the way he wants to project himself, and it’s not the way you perceive him at all. Then you decide to leave that movie, and go to your children’s movie. You see the way your children see you, the way they see grandpa, grandma, and you can hardly believe it. Then you watch the movies of your brothers and sisters, your friends, and you find out that everybody is distorting all the characters in their movie.

After seeing all these movies, you decide to return to the first theater to see your own movie once again. You look at yourself acting in your movie, but you no longer believe anything you’re watching; you no longer believe your own story, because you can see that it’s just a story. Now you know that all the acting you did your whole life was really for nothing because nobody perceives you the way you want to be perceived. You can see that all the drama that happens in your movie isn’t noticed by anybody around you. It’s obvious that everybody’s attention is focused on their own movie. They don’t even notice when you’re sitting right beside them in their theater! The actors have all their attention on their story, and that is the only reality they live in. Their attention is so hooked by their own creation, that they don’t even notice their own presence, the one who is observing their movie.

In that moment, everything shifts for you. Nothing is the same anymore, because now you see what’s really happening. People live in their own world, their own movie, their own story. They invest all their faith in that story, and that story is truth for them, but it’s a relative truth, because it’s not truth for you. Now you can see that all their opinions about you really concern the character who lives in their movie, not in yours. The one who they are judging in your name is a character they create. Whatever people think of you is really about the image they have of you, and that image isn’t you.

At this point, it’s clear that the people you love the most don’t really know you, and you don’t know them either. The only thing you know about them is what you believe about them. You only know the image you created for them, and that image has nothing to do with the real people. You thought that you knew your parents, your spouse, your children, and your friends very well. The truth is you have no idea what is going on in their world, what they are thinking, what they are feeling, what they are dreaming. What is even more surprising is that you thought you knew yourself. Then you come to the conclusion that you don’t even know yourself, because you’ve been acting for so long that you’ve mastered pretending to be what you are not.

With this awareness, you realize how ridiculous it is to say, “My beloved doesn’t understand me. Nobody understands me.” Of course they don’t. You don’t even understand yourself. Your personality is always changing from one moment to the next, according to the role you are playing, according to the secondary characters in your story, according to the way you are dreaming at that time. At home, you have a certain personality. At work, your personality is completely different. With your female friends, it’s one way; with your male friends, it’s another way. But all your life you made the assumption that other people knew you so well, and when they didn’t do what you expected them to do, you took it personally, reacted with anger, and used the word to create a lot of conflict and drama for nothing.

Now it’s easy to understand why there is so much conflict between humans. The world is populated by billions of dreamers who aren’t aware that people are living in their own world, dreaming their own dream. From the point of view of the main character, which is their only point of view, everything is all about them. When the secondary characters say something that doesn’t agree with their story, they get so angry, and try to defend their point of view. They want the secondary characters to be the way they want them to be, and if they are not, they feel so hurt. They take everything personally. With this awareness, you also understand the solution. It’s something so simple and logical: Don’t take anything personally.