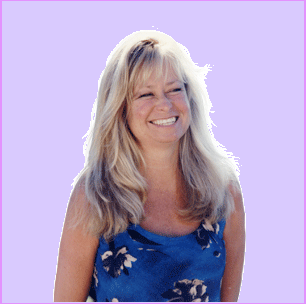 Someone sent me a message asking about life after death and reincarnation. He was concerned that he would forget his loved ones if he reincarnated, so he just wanted to stay in heaven and be with them. This was my answer:

Imagine that you’re in a play – and all the people in the play are playing different characters. You connect with each other in the play – interacting and playing roles with a certain plot and storyline.

Then when the play is over, you go backstage for a while, hang out with the other actors – which now have become good friends because you’ve all been performing in the play together.

Then you decide to do another play. So you choose the plot of the play, write the script and then began acting in that next play. Each actor pretends to be a different character in this play, but you all still know each other. You just pretend that you don’t know each other – so that the new story can be convincing. You’re just pretending to be different characters with a different storyline and plot. (Of course, sometimes when you meet one of these same actors in this new play – some of you have a feeling or a sense that you’ve known this person before. He or she seems familiar but you don’t always know why. Now you do.)

Some of your friends/actors join you in the new play; others decide to be in a different play for now. But those actors will join you again in another play at another time – depending on whether or not they’re interested in the plot and storyline of the next play you’re choosing.

Some of you may decide not to act in a play for a while and choose to take a break. So you hang out backstage or go home for a while – until you want to be in another production. (That’s hanging out between lives for a while.)

We’re very creative souls and love to create plays and “movies” and other adventures. So when you decide you want to go create another play, you’ll find a stage and choose the setting (the environment, the time, and the era) for that play; gather up more actors that want to be in the same type of play – and create another drama or comedy or action adventure piece.

Doing psychic readings since 1984, and speaking with many, many people who have crossed over – that’s what life here seems to be about. Ultimately you won’t forget the other actors (you’re loved ones) because you have an infinite bond and connection with them through your love for each other.

Sometimes, certain actors don’t enjoy working with one another, so they don’t show up in more plays together. However, I have discovered that if certain actors have “issues” with each other, they’ll often choose to keep doing plays together until they resolve their issues – until they finally work it out. Just a thought for those of you who think that once someone you have issues with “dies” – or leaves your life – that you’re done for good. If you don’t want to “act” in another play together (to do a sequel) – you may want to resolve your issues in this play. We typically don’t like shows that end with loose ends – those that don’t complete the story or resolve the problem. So if the issue isn’t resolved or completed (and you won’t be able to pretend that it is, or trick yourself – because your soul will know the truth), then you will create a “sequel” – another life to figure it out or end the play a different way.

Also, it’s often the case that someone who is “challenging” you in this lifetime is doing so because on a soul level he/she loves you very much and has chosen to play out the bad guy or nemesis for you – so you can work something out, or learn something that you wanted to learn, or have an experience that you wanted to have because you were curious about how that experience would feel. We are very curious and creative souls. It’s amazing what types of “plays” we choose to create – just for the experience, or to learn something, or just to see how it feels.

So – it’s nice to be in this play with all of you in this lifetime. I hope you’re enjoying it. If not, you have permission to re-write the script (even in the middle of the play.) It’s more of an “improvisational” play anyway – so you can change things as you go along.

Have fun! And you’re doing a great job with this play! It’s very interesting.