The Way Toward Health (A Seth Book) 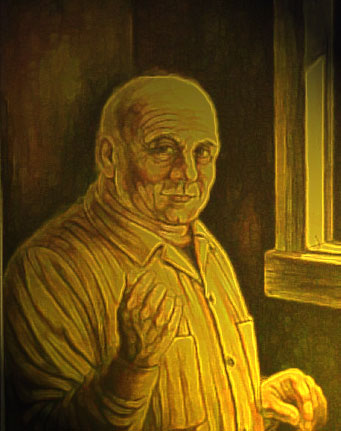 06 Jun The Way Toward Health (A Seth Book)

Posted in Seth by janet@amberallen.com 0 Comments

One of the attitudes detrimental to good health is that of self-condemnation, or dislike of the self. Such attitudes are unfortunately sometimes fostered by parents, schools, and religions. Feelings of self-worth, self-esteem, and pleasure with one’s abilities promote feelings of well-being, health, and exuberance.

No animal considers itself a failure, obviously. People, however, often identify with their seeming mistakes, forgetting their abilities in other directions, so that it seems that they are misfits in the universe, or in the world. The conscious mind can indeed have such thoughts because it so often tries to solve all problems on its own, until it begins to feel frightened, overburdened, and a failure in its own eyes.

The inner ego, however, always identifies with its source-identity as a beloved individualized portion of the universe. It is aware of the universal love that is its heritage. It is also aware of the infinite power and strength that composes the very fabric of its being. Through being made aware of these facts, the exterior ego can begin to feel a quicker sense of support and nourishment. The knowledge can let it relax, let go, so that it feels its life couched and safe, and knows itself to be indeed a beloved child of the universe, both ancient and young at once, with an identity far beyond the annals of time.

It is of great value, then, that each person remember this universal affiliation. Such a reminder can often allow the inner self to send needed messages of strength and love through the various levels, appearing as inspiration, dreams, or simply pure bursts of feeling. The inner ego draws instant and continuous support from the universal consciousness, and the more the exterior ego keeps that fact in mind, the greater its own sense of stability, safety, and self-esteem.

To “let go” is to trust the spontaneity of your own being, to trust your own energy and power and strength, and to abandon yourself to the energy of your own life. The word “abandon” itself may strike some readers as particularly strong, but each element of nature abandons itself to the life-form. So does each atom of your body. To abandon yourself, then, to the power of your own life, is to rely upon the great forces within and yet beyond nature that gave birth to the universe and to you.

One of the very first steps toward mental, physical, emotional and spiritual health is precisely that kind of abandonment, that kind of acceptance and affirmation.

The will to live is also inbred into each element of nature, and if you trust your own spontaneity, then that will to be is joyfully released and expressed through all of your activities. It can also quite literally wash depression and suicidal tendencies away.

Those feelings do indeed encourage expression of conscious­ness, and release intuitive information that may otherwise be buried beneath tensions and fears. Such realizations have their own biological effects, stimulating all of the healing properties of the body—and also easily propelling the mind toward “higher” organizations, in which all of life’s seeming inadequacies are understood to be redeemed.

Excerpted from The Way Toward Health. Copyright © 1997 by Jane Roberts.