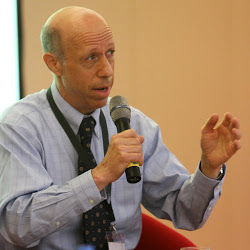 Posted in Seth by janet@amberallen.com 0 Comments

When I read about Angelina Jolie’s decision to have a “pre-emptive” double mastectomy, I knew the subject would probably be brought up at the Seth classes which I regularly teach. In a May 14, 2013 article in the NY Times, Jolie reported that “I carry a “faulty” gene, BRCA1, which sharply increases my risk of developing breast cancer and ovarian cancer. My doctors estimated that I had an 87 percent risk of breast cancer and a 50 percent risk of ovarian cancer, although the risk is different in the case of each woman.”

I was more or less prepared for a discussion in this area, since I had recently been doing several radio interviews about  Dr Tien-Shen Hsu, a Taiwanese doctor who has incorporated the concepts presented by Seth in his medical practice. Dr Hsu, formerly the director of the mental health department at Taipei Country Hospital, now runs a Seth clinic in Taiwan. Dr Hsu and I had also recently appeared together on The Danielle Lin show on health talk radio. During that interview, I presented Seth’s views on illness and healing, and Dr Hsu presented his practical experience using Seth’s concepts to help people heal themselves of cancer and other diseases, something many people in Taiwan claim to have achieved with the help of Dr Hsu and the Seth books.

The discussion in my Seth class on Angelina Jolie’s decision quickly became somewhat heated. Some participants had relevant personal experiences. I brought up some of the cutting edge science in the area.  In the relatively new field of genetic science known as “epigenetics”, the research strongly supports the idea that genetics are not deterministic. Instead, genes are activated (i.e turned on or off) by “epigenetic signals” i.e current factors outside the cell. Dawson Church, in his book “The Genie in Your Genes” states, “there is mounting evidence that invisible factors of consciousness and intention, such as beliefs, feelings, prayers, and attitudes—play an important role in the epigenetic control of genes.”

Also, In the field of psychoneuroimmunology, a growing body of evidence points to a direct connection between psycho-social factors and immune function. It appears that changes in your psychology and behavior may be able to help you to prevent disease or heal it.

We also discussed Seth’s view that the individual creates their own reality in accordance with their beliefs, and that this applies to everything, including health and illness. It is always important to include in such discussions that although Seth states that people “create” their illnesses, the idea is not to “blame” oneself for illness, but realize you have the power to heal yourself. Here’s some relevant Seth quotes on the subject.

Seth –“With the greatest understanding and compassion, let me mention that Western medicine is in its way one of the most uncivilized hypnotic devices. The most educated Western doctors will look with utter dismay and horror at the thought of a chicken being sacrificed in a primitive witch doctor’s hut, and yet will consider it quite scientific and inevitable that a woman sacrifice two breasts to cancer. The doctors will simply see no other way out, and unfortunately neither will the patient….

In many instances, therefore, modern physicians are inadequate witch doctors who have forgotten their craft—hypnotists who no longer believe in the power of healing, and whose suggestions bring about other diseases which are diagnosed in advance.

You are told what to look for; you are as cursed—far more—as any native in a tiny village, only you lose breasts, appendixes, and other portions of your anatomy. The doctors follow their own ideas, of course, and in that system they see themselves as completely justified—as humane.” (From The Nature of Personal Reality Session 659)

Where I live in Long Island NY, there is a relatively higher incidence of breast cancer (A cancer “cluster”) within our geographical area. Scientists can’t pinpoint the cause. They hypothesize that perhaps it involves the water, because they can’t think of anything else that makes sense. It doesn’t occur to them that a possible causal factor might be a similarity in the psyches of individuals living/attracted to the same area, i.e a cluster of limiting beliefs, as it were. Similarly, in the area of genetics, an apparently overlooked possibility is that so call inherited genetics  might involve belief systems that are passed on from generation to generation. As limiting or negative patterns of thought and belief may be transmitted from parent to child, then perhaps similar materializations of such patterns, like an illness, might occur at some point in the child’s life, unless the child or adult breaks the cycle through spiritual growth and making appropriate changes in belief. Seth adds further complexity to this idea by also stating that an individual’s birth circumstances are not accidental to begin with.

The principle that Seth presents in his books, as all Seth readers know, is that all disease, without exception, is a reflection of an inner dis-ease. The body mirrors the problems in the psyche. To truly heal an illness, so that it won’t come back or materialize in another arena, one must discover the problem within the psyche and correct it. To “prevent” illnesses, Seth advises us to create and maintain a healthy and joyful mental environment, which generally involves loving yourself, trusting that the body’s natural state is a state of health, releasing repressed emotion, ongoing self examination, connection with the inner self and spiritual growth. Seth provides ample tools and detailed information on how to do this in his 32 books.

Rick Stack, is the President of New Awareness Network Inc., and The Seth and Jane Roberts Bookstore. He studied directly with Seth & Jane Roberts in the early 1970’s and is the author of “Out Of Body Adventures” (Contemporary Books 1988). He has been teaching  classes on the Seth material, Dreams, Lucid Dreams, OBE’s and consciousness studies throughout the United States and abroad for over 35 years. His current projects include a global outreach program to educate and introduce people to the Seth material.